Last week I was in São Paulo, Brazil to visit Insper, a small private college in the process of starting a new engineering program.  The first semester of the program, with the first group of 90 students, is wrapping up this week.

The engineering faculty at Insper have been working with Olin for several years.  Their curriculum is similar to Olin’s in some ways, but of course they have designed it for their students and environment.  One awesome thing: all students learn Python in the first semester, as I discovered when I visited their library: 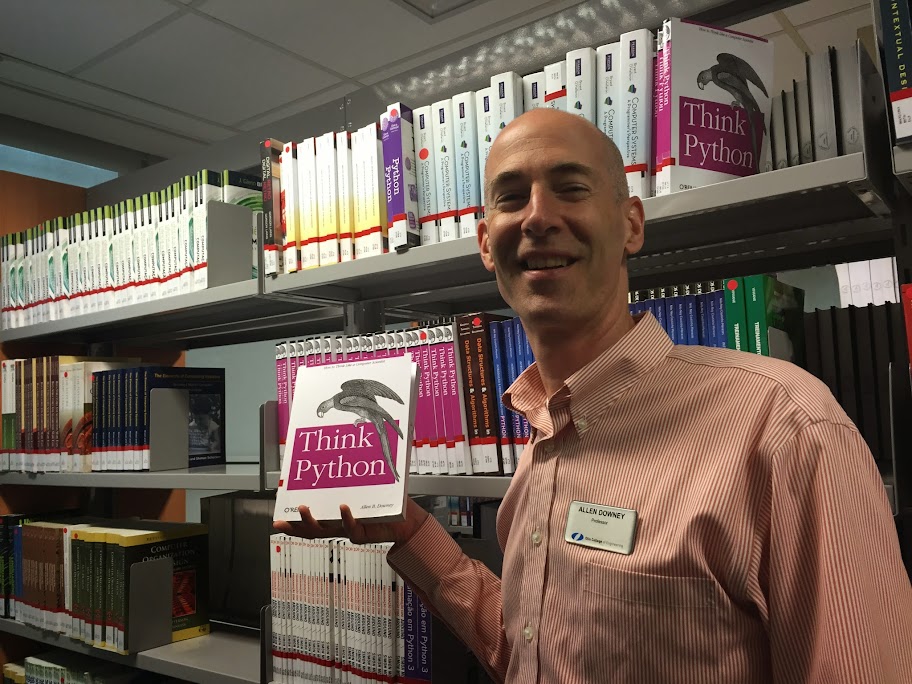 And they all take a version of Modeling and Simulation, a class I helped develop at Olin, along with John Geddes and Mark Somerville.  They have an excellent FabLab, which was hopping during the last week of classes: 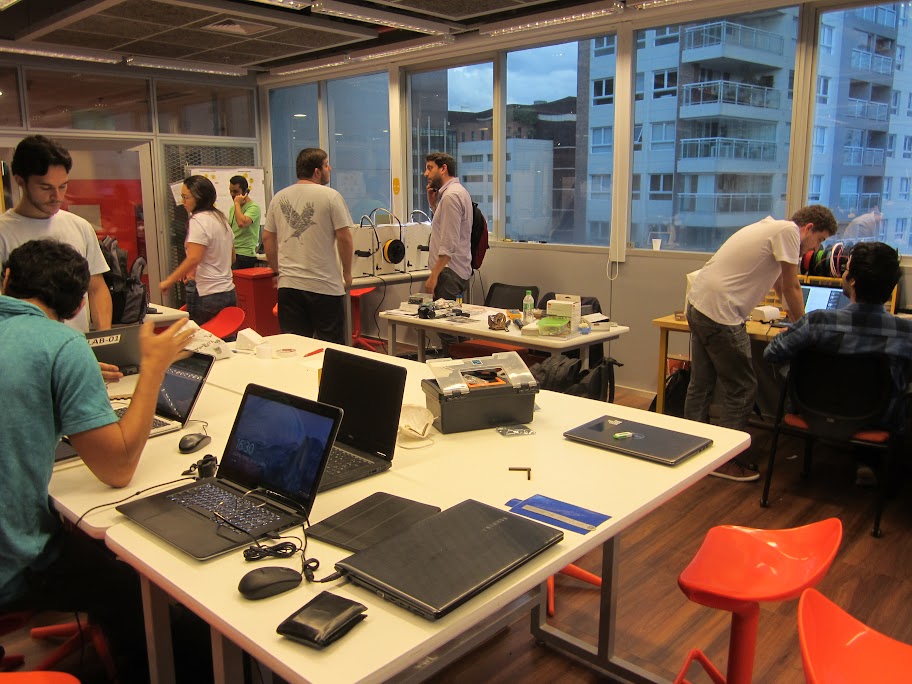 Visting São Paulo was exciting for me — it was my first time in Brazil, and my first time in South America.  I used Duolingo to learn some Portuguese, which turned out to be more useful than I expected.  I didn’t get much past “Bom dia” and “Obrigado”, but I found that since I know some Latin, Spanish, and French, I could read a lot of Portuguese, especially more technical material, which uses a lot of cognates.  I might even have created a new word: talking about Rube Goldberg contraptions, I suggested “contrapção”.  That’s a word now.

The Insper faculty are working hard and creating an amazing new program.  And the students are great.  I sat in on their intro Python class and had a chance to work with a few student teams.  They came up with some great projects, some of them very ambitious for an intro class, including one team using OpenCV for facial recognition.

But I am happy to be home, at least for a couple of weeks.  Next trip: Austin TX for SciPy!